What is a movement? 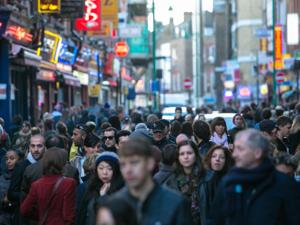 Over the years, I have been involved in many lively debates attempting to define movements of the gospel.

It begins with the name. Several years ago, we changed the term “Church planting movements” to “Disciple making movements.” Others have used more branded names to define what they do (e.g. T4T). Then there is the confusion created when people do something completely different to this and also use the word “movement.” An example would be the “gospel movements” emerging from groups such as The Gospel Coalition. Each one of these groups is doing an amazing work that should be celebrated. However, we are still stuck with trying to define what we mean by a “movement.”

This quest for a definition can also become self-defeating. We can focus so much on the technicality and terminology that we lose the essence. I have been in discussions that tried to define this broad concept by hard numbers (number of baptisms, churches, disciples, people groups, etc). Metrics are important, but I will attempt to avoid those in this article. Rather, I want to explore the essence of movement from the following scriptures:

“So the word of God spread. The number of disciples in Jerusalem increased rapidly, and a large number of priests became obedient to the faith.”  (Acts 6:7)

We see this lived out each time the disciples or apostles speak. There is life and authority in their words. When they speak, they are saying things that have never been said before. They often quote the scriptures in support (“This is what was written...”) but their language is new, fresh, unique. It speaks to their generation. It is the living word (Jesus) speaking through His people by the Holy Spirit (John 16:12-15; Luke 12:12).

Some other phrases that also communicate essence in these passages include:

With all this in mind, the clearest current Biblical definition of the essence of a movement in scripture that I can come up with is:

It is the active advance of the living Word multiplying across a region, people group or relational network to bring life and transformation through the power of the Holy Spirit.

The phrases “people group” and “relational network” communicate two current realities in our time. These are often clearer boundaries within which movements spread than “region,” but in essence they still communicate the same thing.

I would love to hear your thoughts. How would you describe the essence of movement?

Terrific biblical summary, David! The metrics largely serve to discourage those who do not reach them, forcing them to TRY harder--which militates against our dependence on the Spirit and lives of peace. So, I would probably want to see the words "peace" and "love" introduced somewhere. Sorry we did not meet up during the last Africa trip. It involved training 7 pastor-leadership groups, from 7-70 leaders, and interacting at 5 theological training institutions while preaching at 5 churches, too. Ed

Great article, David. Thank you. While there are a number of shared commonalities in terms of methodology for evangelism and mentoring in movements that result in reproducing disciples and pioneering churches across the world it would seem as we look at the NT and revival history of the church - that while the methods that are raised up by God for a particular time are helpful they are actually not the cause or essence of a move of God (movement.) The cause or essence, as your article rightly says is the life transforming "living word." For me there is a direct correlation between the movement we long to see and be part of and the living word spreading from one life to another. When I see the transforming life of Jesus, the living word, active in a disciple I usually describe that person as "being on fire for God". The zeal of God has consumed them. The heat emanating from their life sets dead wood ablaze. Before you know it, you have a 'fire storm" that spreads, a movement, that cannot be contained. John the Baptist told us Jesus would baptise us with water and fire, the NT church was baptised with water and fire and wherever they went the living word spread (movement). I am seeking to train disciples in reproducible methods that can be passed on to help spread the good news and mentor people. But I have come to learn (yet again) that even though they are helpful - if there is no consuming fire within a disciple life, any movement reliant on a discipline or method will die out within a generation. I have been involved in what I would call "two small outbreaks of revival" in my life. Neither one was the result of disciplines or methods. They were the result of the transforming life of Jesus dynamically moving hearts and lives that spread through a community. When I don't see movement in my context, I can easily be tempted to seek to look at the methods used in movement as being the catalyst for a contagious move of God, as if the methods are the essence. But I am learning that while you can have a contagious move of God without methods. The reverse is not true. You can have a great method but without a move of God you don't get movement. The things we do and the methods we use are wonderful tools for fanning the flame, but at the end of the day there is nothing more contagious than a heart on fire for Jesus.

Thank you, David, for the

Thank you, David, for the brief post, it's full of good insights and is a conversation starter. I am involved in 3 movements among *** in SE Asia, up to ninth generation in one case, as well as some almost movement outbreaks. When it happens, a movement has a life of it's own, that's my experience, methods at that point are only helpful, rather than essential. What I have noticed though is that methods enable us to roll out lots more gospel, by lot's more people, to get the Word to lots of places and people, they are tools especially to build confidence get some things done consistently, which means its transferable, BUT unless there is URGENCY and PASSION that comes from encounter with Christ (essence), then not much happens. I train with various patterns, to help get people moving with Good News and simple fellowship formats, but again I am so aware that "movement" is beyond good patterns. We do have a "measuring rod" to define a movement, it is at least something to give us an indicator of "movement" or not, but it falls short, it's only an indicator. It's "four generations of fellowships, or beyond, with over 500 baptized". It's crude for sure, but it has helped us. I start my training and mentoring by raising a question. So, "what makes a movement move?"