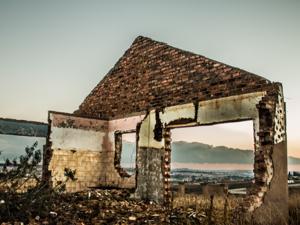 There were once three builders. They had very different approaches to building. Each builder thought that his approach was the best.

Builder one had many great ideas. He would dream about the places he was going to build. Everyone loved his ideas. They spoke about him and told others what a great builder he was. But builder one never built a single building. He was too busy telling others about his ideas. He died in poverty.

Builder two was passionate about building. His motto in life was to “Just do it!” Every morning, he woke up and went out to collect bricks. He had little money, so he would collect bricks anywhere he could find them. He would then drive them to his building site where he would dump them in a heap. This was hard work and he never really had time to build. But he was a man of great faith. He believed that if he faithfully collected the bricks and did his part with passion, the building would eventually be built. Builder two, however, died without having built a single building. After his death, a thief collected his bricks and put them to another use.

Movements of the gospel are a great idea – if someone takes the idea and actually implements it. Too many people are running around the globe promoting an idea they have never implemented. Their ideas may sound great, but they don’t work. Before I listen to someone training the “how-to” of movements these days, I want to know if their ideas are rooted in reality.

In my travels, I also meet many “brick collectors.” They are working hard to collect as many bricks as they can. Their approach to building is to throw bricks on a heap and wait for something to happen. For this reason, I am no longer interested in hearing stories of “how many people were saved”, “how many groups were started” or “how many people were trained.” Please understand, it is not that I do not celebrate people coming to faith. But over 30 years of ministry I have heard too many of these meaningless statistics. When you go to see the results a month or six later, you find nothing. Bricks on a heap. Easy pickings for a thief. No building, no intentionality. No lasting impact.

Actual builders are scarce. This is perhaps our greatest challenge in the world of Gospel movements (or CPM/DMM/T4T/MC2 and whatever other name we give them). Movements at their core are apostolic. It takes apostolic leaders with great skill and integrity to see them built into something that brings life and transformation to a nation or people group. This does not happen overnight. Apostolic leaders build. They do not only dream. They do not only collect bricks.

Pray for us, as we recruit, equip and mentor such leaders around the world.

“Consequently, you are no longer foreigners and strangers, but fellow citizens with God’s people and also members of his household, built on the foundation of the apostles and prophets, with Christ Jesus himself as the chief cornerstone. In him the whole building is joined together and rises to become a holy temple in the Lord. And in him you too are being built together to become a dwelling in which God lives by his Spirit.”  (Ephesians 2:19-22)