Movements are not a technique 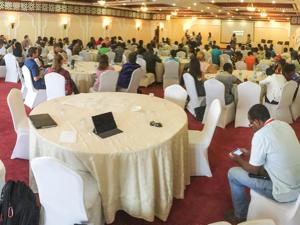 About 20 years ago, I became involved in the cell church movement. Churches around the world were discovering that Sunday services were not great for making disciples. Initially, there was massive resistance to the idea of creating "cells" for members of the church. Pastors were fearful that the idea would split their churches, create break-away groups and even that new cults would form. Proponents of the idea pointed out the potential for making solid disciples and the tremendous church growth being experienced by a number of cell churches worldwide.

Eventually, the idea caught on and became mainstream. Soon, different cell church models emerged – the most popular being termed the "5x5" and "G-12" models. Over time, various methodologies emerged with the claim that they had the "secret formula" to making cell churches work. Then empires began to form. Although the movement created some exciting and fruitful expressions of church, it also (in many places) eventually devolved into a set of techniques and methodologies entrenched in a certain doctrinal interpretation and enforced through a rigid hierarchical structure. Today there are wonderful examples of cell churches around the world. Unfortunately, though, the movement largely lost its momentum, as so many movements do.

About 10 years ago, I saw a “new wave” approaching – the idea of movements of the gospel spreading through ordinary people. The two most prominent descriptions of these were “Church Planting Movements” and “Disciple Making Movements.” The first successful movements were in India and Africa. I write this soon after returning from Tanzania where we saw 130 new leaders being trained (the main picture in this article). This is happening weekly across the world. The idea is spreading.

In the West, only the outliers initially caught onto the idea. House churches and what was known as "Simple Churches" saw this as an easy adaptation to their already de-institutionalized structures. In the early days, my own association with these groups who were open to movement, caused me to be rejected by some other church groups. There was a lot of mud-slinging between the different camps and many sermons were preached warning congregants of the ‘dangers’ in what we were attempting to do.

Fast forward 10 years and the idea of movements of the gospel and making disciples has become mainstream. One can hardly find a mission organization or church that has not included at least some of the concepts into their identity. Talk about “making disciples” today and you will quickly be told of several other people who are “doing the same thing.” Talk about movements of the gospel and you will find some like-minded people almost anywhere in the world. The idea has been re-branded and baptized into many different streams. It seems as though every group is desperately trying to "carve their niche" into the movement world by describing their unique method as the answer to reaching the world.

Herein lies the danger. The pattern repeats itself over and over. An initial groundswell idea catches on. Soon, it becomes popular and the initial resistance crumbles. Then the fracturing begins, as each person or group tries to differentiate their specific style, methodology or tactical approach from the others. Soon, the movement becomes about methodologies, tactics, techniques, branding and micro-management rather than a vision to reach the lost at all cost. We must do everything in our power not to let this happen.

Movements are not a method or technique. They are the result of a complex set of factors – many of them beyond our control. We can invent helpful movement methods, but we cannot engineer movements. They are an act of God. And He uses any method or person He pleases. As we press forward to see movements of the gospel that reach the unreached, let us constantly remind ourselves that it is Jesus who builds His church. Let us keep the unity of the faith despite our different ideas and variety of tactics. Let us remain focused on His Lordship, in love with His church and energized by His mission. The rest is details.

Agree - great word! Vision for reaching the lost is far too easily lost on us. Thank you!

George Santayana famously warned, "Those who do not learn from history are doomed to repeat it.” What will it take for gospel movement practitioners not to fall into the ancient traps David mentioned?

Thank you David, it brings

Thank you David, it brings back the close relationship with Jesus and the obedience to make disciples and reach the lost !

Thank you David for the

Thank you David for the insights shared. I like how you describe movements. "They are an act of God. And He uses any method or person He pleases. As we press forward to see movements of the gospel that reach the unreached, let us constantly remind ourselves that it is Jesus who builds His church". I have seen the moment we try to define what God is doing and how he is doing it and how He will do it in the future, we then put ourselves in a place where we almost have to predict things and our God Who can turn out to be unpredictable. I personally have to remain agile as I see God unfolding His Grand Plan for the next two generations.