Is DMM a passing fad? 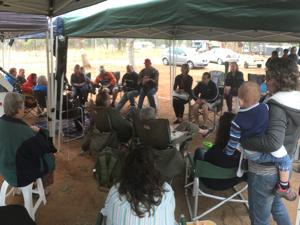 Several years ago, I participated in discussions that led to renaming the term “Church Planting Movements (CPM)” to “Disciple Making Movements (DMM).” This was an attempt to more accurately define these movements around the core value of disciple making. It was not the beginning of such movements. It was simply a redefining of something that God was already doing in many countries around the world.

Before the term DMM (or Disciple Making Movements) was coined, I had personally been pursuing movements of the gospel for over 22 years. My journey has not been fleeting nor shallow. Quite the contrary. Those of us who have seen movements actually start, have stories of failure, perseverance, disappointment and slow success.

Movements do not happen quickly. They start slowly over many years. This is one of the first things I learned from David Watson, who mentored me into more effective movement leadership. Too many aspiring movement leaders look at the results and do not consider the many years of slow, small beginnings.

For the first few years, there were less than 20 leaders globally using the term “DMM.” Today, the term enjoys widespread popularity. There are several spin-offs using different tactical approaches. Some of the terminology is widely accepted, understood and shared - terms such as “DBS - Discovery Bible Study” and “POP - Person of Peace”. Other terminology is more limited within certain “streams.” Unfortunately, the vision for movements of the Gospel is often clouded by packaged tactical approaches that reduce the miracle of movement to a narrow set of clever methodologies. If we are not careful, we end up promoting and protecting a specific sub-culture rather than building true movements.

Yes, DMM is a passing fad – if by the term DMM you mean a certain set of tactics, methodologies, terminologies or approach to ministry. This misses the more important causes of movements, such as:

There are no “Five simple steps to movement.” There is no set of methodologies that if applied (no matter how faithfully), will lead to movement. Anyone who claims this is misleading people.

Movements result from a complex set of factors that are unique to every situation. Sometimes persecution is the biggest factor. Sometimes it is simply a fresh outpouring of the Holy Spirit. Other times it is years of prayer and laying foundations by various groups of people (1 Corinthians 3:5-8). We can and should teach simple methodologies for disciple making.

We can and should teach people how to do this in a way that replicates easily. This is good. But getting to movement involves a lot more. Reducing the strategy of movement to a few simplistic tools will only result in a passing fad. True movements, however, can span generations and continue to grow for many years.

Pray for us, as we recruit, equip and mentor leaders to build movements around the world.

Greatly appreciate what you

Greatly appreciate what you have built into many of us. . .